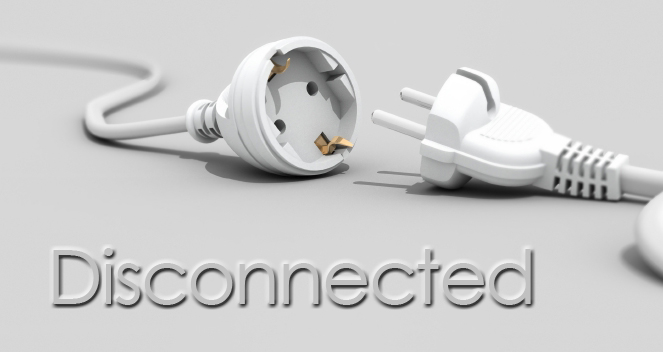 “Is that the right lawn fertilizer for this time of year?” It was a fairly neutral, innocuous question my wife asked me. What was revealing was how I responded to it. Not outwardly, only inwardly. Dorrie knows enough about fertilizer to know that those large numbers on the bag (like 21-7-14) mean something. The fact is you put down different types of fertilizer depending on lawn condition, season of the year, and probable temperatures.

To her question I felt a curt and defensive response rising up, but I clipped it before it came out of my mouth. I’m not much of a handyman. I’m not the guy you would call if you had an automotive issue in your driveway, a plumbing, electrical, or structural issue in your home, or a tech question about your computer. I was glad when the country switched from VHS video players to DVD because I never learned how to get my VHS player to stop blinking12:00. I compensate by being fairly adept at lawn care. That means I know what fertilizer to spread when. But you would have thought my wife had questioned my manhood, my intelligence, my common sense, and made inflammatory remarks about my mother.

Dorrie’s innocent and legitimate question and my response illustrates a core issue and high value for men: COMPETENCE. Because men are doers and performers, they strongly desire to be recognized and affirmed (at least given the benefit of the doubt) for being competent. Competent at work, at home, in marriage, in parenting, driving, handling lawn care or childcare, making love or making decisions, handling finances or fixing a handle. Men will be sensitive to having their intelligence, wisdom, common sense, abilities, talents, performance, and work ethic challenged.

I’ve found it helpful for couples to understand this sensitive spot for men. With insight wives can be thoughtful in their wording of asking questions and raising concerns. The voice of doubt, unsolicited advice, criticism, or correction sounds maternal to a man and he is inclined to resist it if it is not expressed with tact. Ladies, your husbands will unlikely say this to you but something inside them harkens back to childhood and they want to say to you, “I don’t need a mother.”

All that said, I’m very adamant in pointing out to men that this does NOT mean we get to put on a Teflon coating to ward off questions, concerns, suggestions, and even rebuke and correction. God did not give us wives to simply be yes-women and rubber stampers on every thought and action we have. We are not captains married to corporals. One of the most toxic ingredients men are most prone to stir into all things is pride. Humility is perceived as weakness, while it is actually an indicator of strength. Pride and insecurity ride a tandem bike. I agree with Andrew Murray when he long ago asserted that humility is the foundational virtue in which all others, even love, are grounded and grow.

The other thing men must resist is their tendency to overreact to a wife’s inquiry or clarifying question. In most instances, you think she is questioning your competence, but she is probably not. She may just be asking a question about fertilizer.

Do women have a power cord or rechargeable batteries?
I currently own an electric shaver that runs for almost two weeks on a single charge.  When it starts humming weakly, I simply give it a seat in its recharging dock that plugs into the wall.  After an hour of electrical connection it’s happy for another two weeks.  When I was a teenager, my first electric razor had a 2-ft power cord.  If there was a detachment in the cord to/from either the shaver or the wall there was no power, no shave. Women are more like a corded appliance than a rechargeable one.  A core need and value for a woman is CONNECTION.

In part one of this series I reported that a core issue and high value for men is COMPETENCE.  Because men are doers and performers, they strongly desire to be recognized and affirmed (at least given the benefit of the doubt) for being competent in the various arenas of their lives.  Dr. Emerson Eggerichs, author of Love & Respect, describes this desire as the core need that men have for Respect. While men are performers who pursue respect and desire their competence to be recognized, women are more relational and place a premium on feeling loved and feeling connected.  This truth does not mean that men aren’t relational and don’t value being loved any more than it means that women seldom need respect and don’t care about their own competence and success.  It’s how the needs and values tilt on the scales for the different genders.

Connection is how a woman feels satisfied and secure in the relationship.  And the primary vehicle for a woman, the power cord if you will, is Conversation.  Women communicate to connect, and conversation is the bridge to intimacy.  Men, when you are distant, aloof, preoccupied, and silent, your wife is without a power cord.  If in your communication with her you are short, sarcastic, and harsh, you are actually slicing the cord (which is a good way to electrocute yourself when you think about it).  Giving a woman positive attention in communication and conversation helps her feel satisfied and secure, connected.  It is the reassurance to a woman that you still want to be in relationship with her.  Connection says that she matters.

Guys, when you get home does your wife ask you lots of questions about your day?  Many of you would say, “Yes, and it drives me crazy.  Sometimes I want to say, ‘What’s with the 20 questions?’”  Gentlemen, she’s not quizzing you, interrogating, or checking up on you.  Believe it or not, you are one of her favorite subjects, and she’s genuinely interested in your day because it was YOUR day.  She’s been apart from you for the past eight hours and has been looking forward to reconnecting.  When she stops asking about you and your day is when you need to worry.

The other means of connection really follow nicely along the lines of Dr. Gary Chapman’s The Five Love Languages:  Words of Affirmation, Acts of Service, Physical Affection, Quality Time, and Gifts.  Now don’t look at me and say, “My gosh, I’ve got to do all of those just to make her feel connected?”  Not all at the same time, Einstein. And women, just as men, have preferences in those five languages of love.  They are not of equal weight to your wife.  Find out what her love dialect is and speak it.  “But I work hard to provide for my family; that ought to be enough!” you say.  And my response to that attitude is similar to what the dentist says:  “You only have to floss the teeth you want to keep.”  And keep in mind that you are always the first and foremost beneficiary of a woman who feels Connected.

Marriage therapist and author Ramon Presson, PhD is the founder of LifeChange Counseling & the Marriage Center of Franklin (www.LifeChangeCS.org).  Reach him at ramonpresson@gmail.com or (615) 319-6450.