No winter lasts forever, and no spring skips its turn.
– Harold Borland 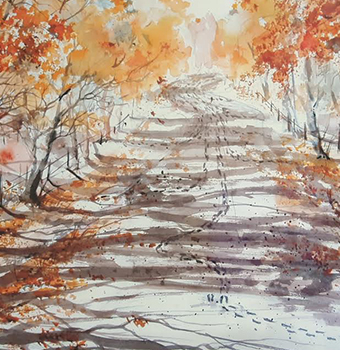 I have two bios— the version that gets read to audiences before I speak to impress them with my credentials and accomplishments, blah, blah, blah….

Ramon Presson, PhD, a licensed marriage & family therapist, has been in practice for 30 years and is the founder of Marriage Counseling Center of Franklin. He is a newspaper columnist; and with a dozen books in print he is the most published practicing therapist in Tennessee. He is a clinical member of the American Association for Marriage & Family Therapy and a charter member of the American Association of Christian Counselors. From 1989 to 2004 Presson served as an assistant pastor in large churches in North Carolina South Carolina, Florida, and Tennessee where counseling and congregational care was a significant part of his duties.

While in North Carolina, Ramon had the unique privilege to work alongside with, be mentored by, and later co-author several books with Dr. Gary Chapman, author of the top selling marriage book of all-time, The Five Love Languages. 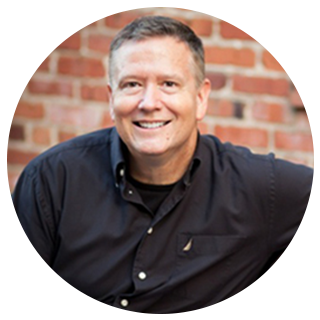 Dr. Presson teamed up on another national best-seller when he was asked to create the online assessment and feedback material for the revised edition of The Love Dare.

Presson’s most popular book is “When Will My Life Not Suck? Authentic Hope for the Disillusioned”. He co-authored the Teen Edition of the book with his son, Cameron.

Ramon & his wife, Dorrie, have been married for 33 years, and live in Thompson Station. They have two adult sons and secretly love each of them the most. Dorrie has a background as a professional coach and has recently joined the practice to offer coaching to couples through the framework of the Enneagram, a personality typology.

…and this one that is more personal, less about what I’ve done and more about who I am. I’m not unlike you in that I’d like to be known and accepted for who I really am.

I knew from the time that I was a junior in high school that I wanted to be a counselor. What kind of kid has a subscription to Psychology Today magazine?? Well, I did. I wasn’t a nerdy kid. I was an athlete who played sports all through school and started for my college tennis team as a freshman. But I was also a thinker and a writer. I remember at an early age being intrigued about what makes people tick and what makes people happy or hurt. I never work up one morning and decided to be a compassionate child. I just recall that I noticed how people were feeling. I cared about what they were feeling. I joined my friends and acquaintances in their happiness and found myself leaning in when they when they were down. My friend, Mark Preston, nicknamed me “the youth group shrink” at my church.

Parents’ Divorce and a Church Up the Street

Probably another factor in my development and interest in psychology was my parents divorcing when I was six years old. Something about that ongoing experience likely influenced my interest in relationships, particularly marriage & family.

And it was in high school that I met Dr. Gary Chapman—an assistant pastor at the church I started attending that was within walking distance from my house. This was before Chapman became an internationally popular author and speaker, spotlighted by the runaway success of The Five Love Languages. After graduating with a undergraduate psychology degree from Wake Forest University, and a Master’s degree in counseling from Florida State University, I joined the staff of that NC church where I had the opportunity to work alongside Dr. Chapman and with Dr. Don Mann, who would later become the best man in my wedding.

I am forever grateful for the encouragement and influence of those two men in my life, and for the visual aid they provided me personally of what a healthy marriage & family looked like and could be, how a present and engaged father treats his wife and children. There’s just some things that grad school cannot teach you.

Some other things you might be interested to know. I take my work as a counselor very seriously but I try not to take myself too seriously. I realize that it sounds like a contradiction but while I was the “youth group shrink” I was also the class clown. Many people have found it confusing that I write humor columns and serious poetry at the same time. I’ve done stand-up comedy at Zanies and I’m a poet who has been mentored by a two-time Pulitzer nominee, Stellasue Lee. What can I say—I have a serious side to me and a comedic side to me. I do believe that counseling psychology, poetry, and comedy have a common thread and that is the ability to look at something ordinary in a new way, to bring a fresh perspective to something that is familiar.

When The Lights Went Out

Something I’m not proud of but I have to own as a part of my story, a life-changing chapter, is the season of clinical depression I suffered in 2003. It was so bad that I had to be hospitalized and upon release I was unable to work for several months. That seems like an eternity ago and often it feels like it happened to someone else. I’m grateful for a full recovery but I haven’t forgotten what it feels like to lose hope in the dark and how crucial it is to have support. That experience has enabled me to personally, not just professionally, understand the pain and suffering, the fear and anxiety, that a client can be overwhelmed by and struggle to put into words. I get it.

Why I Do What I Do

People are always saying to counselors, “I don’t know how you listen to people’s problems all day.” I’ve honestly never viewed it that way. And in this my 30th year of counseling work I still feel honored that people invite me alongside for a part of their journey, that they trust me with their story, and welcome my support and guidance. I never take that privilege for granted. If I ever begin to think of myself as the great expert that you are lucky to get an appointment with…then I need to retire.

Contact Me for More Information or to Request an Appointment.