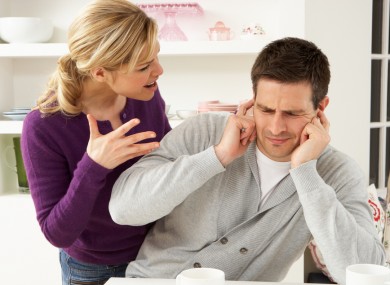 Overgeneralization: The use of words like always, never, nothing, everything, anything.
Sarcasm: Put-downs mistakenly believed by the sender to be clever.
Mocking: Verbal mocking is similar to sarcasm. Nonverbal mocking includes things like rolling the eyes.
Imitating: Imitating with exaggeration your partner’s voice, facial expression, or non-verbal gestures
Yelling: You don’t need to raise your voice unless you or the house is on fire.
Cussing: Profanity and vulgarity demonstrates poor self-control and a limited vocabulary.
Interrupting and Talking Over Your Partner: Usually includes refuting and correcting.

Diagnosing: Playing amateur psychologist by telling your partner what the origin or cause of his/her problem is.
Getting Historical: Straying from the here-&-now issue and bringing up the past.
Overloading: Voicing multiple complaints at once, making it difficult for your partner to focus and respond.
Leading with Your But: Frequently responding to your partner’s statement with “Yea, but…” which subtly ignores or discredits what they just said.
Mind-reading: Presuming to know your partner’s “true” thoughts, feelings, motives, and intentions regardless of what your partner expresses about them.
Playing Prophet: Vocally predicting your partner’s negative behavior or the failure
Hijacking: Instead of responding to your partner’s concern or complaint you avoid it by countering with a concern or complaint that you have about your partner.
Trumping: Similar to hijacking. You respond to your partner’s concern or complaint by reminding him/her of something that he/she did in the past that was worse.
Short Fuse: Blowing up early in a conflict to avoid the harder work of listening and speaking about the issue.
Whipped Puppy: In response to a partner’s specific complaint, act sad and pathetic and say something like, “I guess I’m just a total failure as a husband.” This can be done with or without tears and serves to shift a spouse from being upset and expressing a complaint to apologizing and reassuring.
Bailing Out: Instead of sticking to and responding to the voiced concern, throw up your hands and say, “I’m leaving; I can’t take this anymore” or “You know what—maybe we should get a divorce.”
Restraining: Physically preventing a partner from leaving the room during an argument or threatening to do so.
Chasing: Pursuing a retreating partner through the house, demanding that they continue engaging with you in the conflict. Restraining and/or chasing escalates the situation, makes it worse, and usually ends badly.